DDOs protection as a service 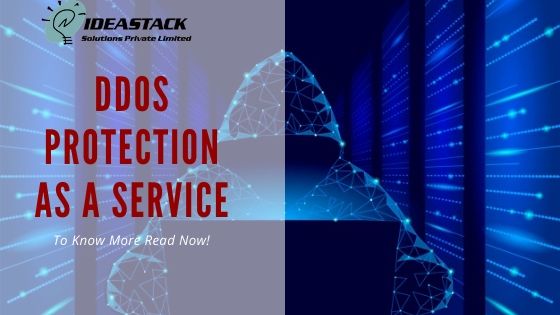 DDoS is short for Distributed Denial of Service. (DDoS) the attack is an attack in which multiple compromised computer systems attack a target, such as a server, website or other network resource, and cause a denial of service for users of the targeted resource. These attacks force the system to slow down or even crash and shut down, causing the denial of service to the user. They use several computers and internet systems to attack a particular system. These attacks are usually global but can range from individual criminal hackers to organized crime rings and government agencies.

Multiple computer systems attack their target, causing traffic in the target system, making it impossible for the target to work and is forced to shut down. The assailant begins by exploiting a vulnerability in one computer system and making it the DDoS master then he identifies another system with weakness and attacks them. A computer or networked device under the control of an intruder is known as a zombie or bot. The attacker creates what is called a command-and-control server to commend the network of bots, also called a botnet. These attacks have an awful impact not only for the customer, but also on the hosting provider and other customers sharing the network.

People must take precautions and should hire someone to provide protection. At Ideastack Solutions, we offer Complete protection of your servers with our fully DDoS Protection. Our company offers DDoS and cyber threat protection to their hosted client as an extension of their current service offerings.

We offer several plans to choose from according to your budget and your needs and along with it, we have excellent services with 24/7 customer support service. With Ideastack, all attacks that occur on the website is being directed to our data center where all the traffic is being shifted. So we can leverage the significant global capacity of our network and infrastructure to absorb the floods of attack traffic at our network edge.

The initial website goes through various stages when your server is being protected from DDoS. With an initial scrubbing center deployment, suspect traffic flows are redirected to Smart Wall Network Threat Defense appliances for traffic validation and further level scrubbing.